What are we talking about when we say “Post Abdominal Surgery”?

What are we talking about when we say “Post Abdominal Surgery”?

Now, this is a big one. We will be generalising a little bit, but we’ll try to cover pretty much any type of surgery where a knife has cut things, key-hole, open-cut, stitched inside, taken out. All of this is relevant, so let’s get started.

We’ve noticed first-hand when trying to recover from our own abdominal surgeries there isn’t a great deal of rehab in the UK. When you come to think about this it doesn’t really make sense. Why is something termed “the core” meaning the core of the body and everything else which follows its lead, in need of less re-hab post-surgery than a knee for example?

We believe there is a missing link in the chain here and many women are wandering around lost of what to do next or just accepting that “things never felt quite right since my op”.

Now, when you think about it this way, the body has taken a bit of a battering. We’ve been told to recover but not how to get our alignment and correct function back to reduce additional complications, how to rebalance the musculoskeletal system to reduce ongoing pain by mobilising the body and freeing up muscles and tissue around the scar tissue for a better functioning body.

This is why we feel so passionately about this topic. There is so much missing information we’re planning to fill in for you. We want to help you where we can and show you that there is a way to help yourself.

If you don't know where to start with your rehab and are feeling lost, then we're here to help you. Just hit the button to send us an email and we'll be in touch.

We can offer you the guidance and support you need to find the right kind of core rehab no matter your issue and without any judgment.

+I WANT TO TALK TO SOMEONE 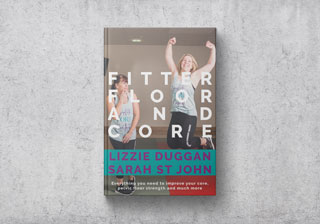 Learn Hypopressives and how to use them to improve your Core weakness.

This technique is changing so many women’s lives, by focusing on our breath work and posture to help reduce abdominal pressure, strengthen the pelvic floor and improve prolapse
symptoms.

We use the Hypopressive technique as the base of the course alongside Pilates for prolapse and core issues to start to build strength through
the whole core safely.

When you start to feel stronger and your symptoms begin to improve the course then moves onto general functional fitness that doesn’t increase abdominal pressure but starts to get you working a bit
harder ready to get back to the exercise you love.

This course is unlike any other Core programme.

+DISCOVER MORE
We use cookies on our website to give you the most relevant experience by remembering your preferences and repeat visits. By clicking “Accept”, you consent to the use of ALL the cookies.
Cookie settings+ACCEPT+REJECT +READ MORE
Manage consent